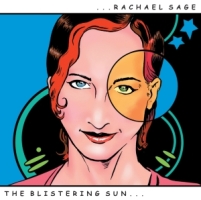 I’d heard many of these songs when Rachael performed them at our house concert last year. It’s always cool to put in a CD for the first time and be able to sing along.

It’s great to hear them with a full band and all the production bells and whistles instead of a home recording complete with dog barks. Though that’s fun too.

I’ve been a fan of Rachael’s for quite some time now and it’s crazy, but it seems she gets better with each record and each show. She’s a star. Fo’ reals.

I don’t even know if I can pick out favorites because every time I listen I find a new love. Today though I am smitten with “Alright, OK”, “Violet or Blue”, “Lonely Streets” ok I’ll stop before I just end up mentioning them all. Honestly, this is a stellar release full of grade A songs and performances.