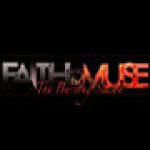 FATM have returned with yet another classic, “The Burning Season”. Perhaps what gripped me most about this particular album was the overall theme that is shown in Monica’s wise and telling lyrics. All of the songs have their own layered, structured sound.

My personal favorite is “Boudiccea”, an ethereal song about womanhood.

Other standout tracks include “Relic Song”, where Monica sheds light on the music scene of today compared to that of the past.

“Gone to Ground” has a very loungy feel to it as Monica’s sultry vocals get her point across.

Songs like “The Burning Season” and “Prodigal” have a timeless message that may seem familiar to some, but probably foreign to most. Monica channels her messages through poetry, and William Faith does a great job of capturing that essence and giving it a musical form.

[ Faith And The Muse Official Site]