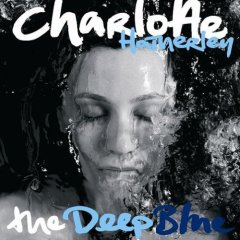 Independence and inner strength are qualities that Charlotte Hatherley has been falling back on admirably, since her recent mutual parting of ways from her former group, Ash. Many felt that her raw indie, melody grinding first album ‘Grey Will Fade’, suffered for leading lady’s involvement in another time and energy consuming group.

The soft soul, with a rumbling jungle percussion element concealed in ‘Be Thankful’ shows up the Tori Amos in Charlotte and could become her signature tune, as catchy sincerity oozes out.

Pop spirit jumps up from the driving drum beat led ‘I Want You To Know’. Charlotte allows her spirit to ride free in the form of coated pop vocals with a Shania Twain kick, cushioned by stern and sweet backing. Already the album gives the impression that this sincere performer has been well and truly let of the leash, her sound is certainly benefiting for this.

A wistful tone takes over in the reflective and sombre ‘Again’, to become the regretful ballad of the album. Every album has to have one, doesn’t it?

In the other end of the spectrum to Charlotte’s renewed vigour that comes out in sprightly layered pop songs, a bluesy funk edge grinds out of ‘Behave’ and a Bjork element seeps into the vocal toe.

The blues vocal vein continues into the nostalgic and regretful ‘Love’s Young Dream’. This features lamenting lyrics that must have given this songstress the required bite and frustration, to pull off this biting and mournful lash out at the cynical impact of the passing of time;

The spirit of the Beatles trickles out through the peaceful and charming ‘Roll Over (let it go)’, showing a tenderness that would make Ash fans Burn, Baby Burn. Calming, ambient backing strokes Charlotte’s, almost Joni Mitchell range to facilitate the soul bearing touch.

‘Dawn Trader’ is toed along by a chilling keyboard climb to embolden the impact of the sorrowful, poetic lyrics that are delivered with a slow pleading touch. It is evident that a great deal of thought has gone into this searching solo effort.

This could see Charlotte rival the past achievements of Imogen Heap in the DIY indie/femme stakes.