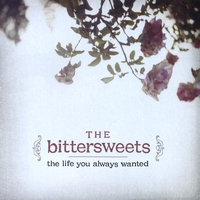 I hesitate to call this band Americana because I know that’s a turn-off for some, but please hear me out. Honestly, I don’t generally like country-tinged things, but some Americana music is fabulous. This is one.

The songs are a tad twangy, though not obnoxiously so (for those of us who don’t crave country. Those who do obviously wouldn’t call anything ‘obnoxiously twangy’). There are times when the melodies/instrumentation are reminiscent of some of Natalie Merchant’s work (post 10, 000 Maniacs).

The melodies are uplifting and make you want to learn the words so you can sing along in the car… oh come on I know I’m the only one who has 6,000 mix CDs in her car called “Sing Along #_” am I?

This is a fine record and anyone who likes Alt.Country, pop or folk music should check it out.

Stand out songs: “Bag of Bones”, “Houston” and “Rapture”