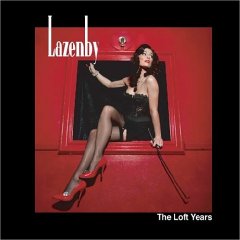 In 2006, through a relatively low-key rustic three track EP ‘Let Me Live’. Song-writing pair Sarah Lazenby and Nick Lockwood set a rough cut Soul/motown and a trace blues trail that discerning followers picked upon, noting the promise on show. Two years on, the promise seems to have been built upon. A sliding/trickling noire veined instrumental touch, featuring some deft organ and piano manipulation, by courtesy of Lockwood and Rob Gentry, respectively. Sets up opener, ‘Listening To Joni’ for Sarah Lazenby to increase the relaxed and thoughtful atmosphere through lazy feeling, yet well pitched vocals that of course, splashes around bits of Joni Mitchell. However, it is an Aimee Mann kick that provides a friendly focus.

A forlorn lag attaches itself to ‘Circle Of Angels’, smacking of regret, harnessing the pull of the prosaic and thoughtful lyrics, by wrapping them in a slower, slightly sorrowful delivery package. Well-drilled power vocal pop lends life and energy to the previously released ‘Let Me Live’ and, it hints at a side that Lazenby may be advised to expand upon in the future. A Regina Spektor singing gospel vibe means that ‘Rose, freshens things up and it’s juxtaposed by the slow grooving, poetic flavour of ‘If’, as the mid-section shows up variety and spice.

Lazenby’s main skill is in the way she uses a tight, sometimes subtle and slow rhythm building backing band to get the most out of her voice. This is not as easy as it looks or sounds, some may argue that it’s the difference between having to make do as a cabaret singer and being able to get the chance to put your own work and voice out there. It is difficult to argue, on the evidence of these ten tracks (plus one soothing, soft soul flavoured hidden number) that Sarah doesn’t deserve this chance.