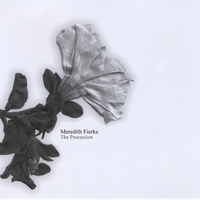 Meredith Fierke has a pretty, sort of a breathy voice. But don’t let that lead you to think it’s weak. It’s not. It’s actually very powerful and emotional.

The music is, I guess, sort of dreamy pop, but it’s almost ambient too. There are a lot of echoey layers and multiple vocals blended together. It’s reminiscent of Tresspassers William. There’s

Someone mentioned to me how much she likes Train’s Song so I listened to that specifically. Agreed, it’s very cool. Interesting melody and nice guitar background line.

I also like Make you Real, but these songs are pretty similar to one another, so I’m guessing if you like any of them, you’ll enjoy them all. I do.

This is one that I would likely be gushing about even more had I been able to give it more eartime. But we’re at the end of the year. It’s time to wrap up. But I really think it’s one that I’ll enjoy listening to for a long time. If I form any other (or any) cohesive thoughts I’ll write an update. But for now, give it a listen. I think this one will appeal to many who like most the music featured on Collected Sounds.

Bonus for me, she’s local to Minneapolis and is playing in town this weekend so I’m hoping to get to see her.

← Album Review: Never Trust the Chinese by Mr. Meeble
Album Review: The Elephant in the Room by Arden Kaywin →