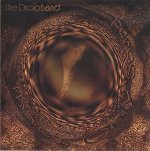 “There’s Only One Sound” is the latest by New York’s The Drop Band.

This CD is a bit “harder” than what I am used to but I really enjoy it. Wow, what a sound! They’ve been called psychedelic and I’d say that’s pretty accurate. They sound like classic hard rock, but with a new spin. They aren’t crusty like some of the “classic rock” bands can be (at least to my ears).

Christine Mascott has a perfect voice for this genre. She’s gutsy, growly and sounds like she could kick your ass if she needed to. But on the title track, she also gets to show off her softer side.

The music itself is well written and performed; it’s complex and will rock you.