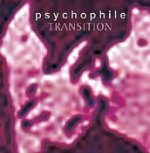 Psychophile are unashamedly gothic. Their lead singer is the deep-voiced Lucy Pointycat, who brings a great deal of intensity to the bands heavy sound.

“Mirrors” is a song where Lucy gets to show off her higher register. The menacing backing brings latter-day Siouxsie to mind.

“Never had a Face” is sombre and forbidding. Lucy humanises it with her radiant vocal. It echoes eighties synth band Yazz, but sounds a great deal darker. Lucy sounds like Alison Moyet’s evil daughter.

“Vice Girl” is a haunting song with a pounding beat.

Psychophile are clearly a gifted band.