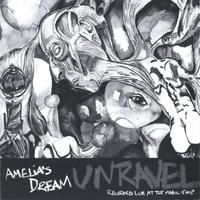 From the artwork I was expecting punk or at least hard. I got another CD the same day that looks very similar: black and white artistic cartoon artwork and but was hip hop/rap!

Gewirtz has a lovely voice that is reminiscent of Megan Slankard at times. Esepcially on “Ballerina”. She has quite a range. From deep, low smooth sounds to strong gutsy higher notes. All performed with equal skill.

Anyway, it’s very nice. She is also an artist in the sense that she paints. There are some lovely samples on her site. Cool, and sometimes creepy stuff (like the CD cover; which is also hers).

The genre would, I guess, be Adult Alternative Rock. Maybe with a little pop. It’s not hard and/or offensive, but not ‘too pretty’ either. It’s “just right” (said Goldilocks in The Three Bears).

The songs are well written and are engaging.

The title says this CD is recorded live. But it sounds quite produced. So maybe by ‘live’, they mean that the tracks were not all recorded separately and many times over then mixed together, but rather all performed all together in one take. But it does not sound like a live recording in the traditional sense. There is no crowd noise and no between song banter.

Rating: 5 Stars
Comment: This album is sublime and beautiful – I have missed Amelia’s Dream and I am so happy that they are back with a new record !
name: Ariel Hyatt on Wednesday, September 28, 2005