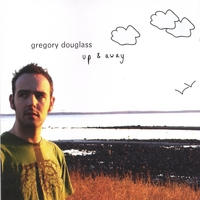 Well, if you know me at all you know I adore Gregory. Both as a musician and as a person. I’ve been very lucky on this journey to meet and befriend some really fabulous folks and Gregory is one of my very favorites.

So when he stopped here on his way through town and told me he had his new CD ready I was very anxious to hear it. He had played a song or two from it on his last Collected Sounds gig at the house and this trip he played a small coffee shop show so I got to hear some more of the stuff live.

But to hear them on record with full production is always a different thing altogether.

I started listening to it moments after it hit my hands and by the time it was done I had declared it my favorite release of his.

He had warned me that it would be quite different from Stark. Loving that one, I wasn’t sure what to expect. But yes, he has outdone himself.

These songs seem to have a more melodic and distinct feel than previous ones. The rhythms are really varied and the melodies intricate. He also branches out stylistically. There are some real rockin tunes here like “There She Goes”.

Then there’s the fun cabaret-ish rhythm of “Who Knows” (which is currently my favorite, but I might change my mind again before I finish this review).

This is a fantastic record. Whether you’re a seasoned Gregory Douglass fan or a newcomer, you should reward yourself with this album.

Rating: 5 Stars
Comment: I absolutely must agree. This has become my favorite album so far from Gregory. I wasn’t sure that would be possible given my love of Stark and of so much of Teeter. But the songwriting on this latest effort is absolutely top-notch. One thing that really impresses me is that there is a lot of diversity in sound/style on this album, and yet it’s all so cohesive. It’s a real pleasure to listen to in a single sitting from beginning to end. As for a favorite track, that’s really hard to answer. “Hang Around” is a real stand out, but as is often the case, my favorite track changes from day to day, listen to listen. To me, that’s the mark of really good songwriting and an exceptional album.
name: Eric Hanson on Friday, November 10, 2006