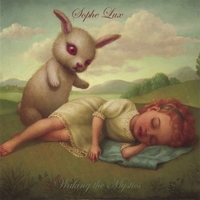 “Target Market” starts the album, a consumerist critique set to a waltz beat. Haynes’s vocal is reminiscent of a young Kate Bush.

“Marie Antoinette Robot 2073 (a rock opera)” sees the eponymous creature suffer identity crisis. The idea is executed with wit and style. It’s the most progressive rock track here and might just be the album’s peak.

“Little Soldier of Time” is an up tempo song with an art rock flavor.

Later Haynes reveals that God doesn’t take American express and sings a song of Lou Andreas-Salome, a friend of Freud and Nietzsche.

Haynes ambition and musical talent make this one of the year’s best records.

Rating: 5 Stars
Comment: 25,000 mysapce fans pre-release can’t be that bad. I was very much taken by the SOphe Lux universe and I do not want to go back to the “real” world.
name: Lou Dillion on Thursday, December 7, 2006

Rating: 5 Stars
Comment: This is an incredibly diverse artist! Thanks for reviewing this band as I had not heard of them previously. I am very much taken with this band’s sound. The music travels to many diverse landscapes of passion, humor, intelligence and drama. It is a very satisfying album indeed. One I imagine I will enjoy for many years to come. Five stars!
name: Eli Cohn on Sunday, September 3, 2006

Rating: 5 Stars
Comment: Thank you for reviewing this exceptional album by Sophe Lux. This album filled with intellect, wit, and imagination and is very creatively produced. The music is fun, compelling and stimulating.
name: Grace on Sunday, September 3, 2006