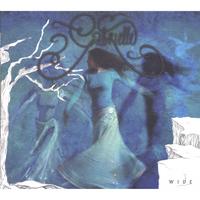 The rest of the album is part this style and part lots of others as well. It would be hard to categorize this album by genre. I’m glad it’s not my job to put it on the appropriate shelf in a record store.

As I mentioned there’s the Celtic feel, but it’s also ambient, rock, pop and more.

“Neptune” sounds like a good old folk-rock song. Not as layered and deeply lush as some of the other tracks. Her voice still has that lilting quality, but the song is more general rock.

Her cover of “Time After Time” is really different. Yes, it’s the song that Cyndi Lauper made famous. Quite different from Lauper’s version, and a nice change.

It seems this is one album that isn’t sure what it wants to be. But there are lots of great sounds here. Her voice is beautiful and the songs are well written and well performed.

A nice record. I’m curious to see which direction Gabrielle takes off in. Whatever she chooses I have no doubt she will be very good at it.