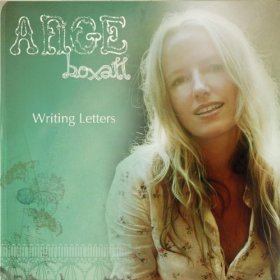 [Note: I wrote this review over a year ago, but the record just hadn’t come out. I checked again today and it’s now out!]

I reviewed Ange’s previous release, Release and I loved it. It even made it onto my best of the year for 2005. I remembered her being kinda fun and quirky. But when I saw the cover art on this one I thought ‘wha?’. It looked very mild and folksy. And know what? It kinda is! Especially the first few tracks.

I guess it shows how an album cover can really alter how you interpret the music. I really saw her previous release as more edgy than this one, but now that I listen to it again, I am not so sure. I still love it, and it still deserves to be at the top of my list, I just have a different take on it. But this is the one I’m supposed to be reviewing so let’s get to it.

Her voice is still lovely. She’s kinda country. This is not how I remembered her. *Shakes head* Mind blown a little. So yeah, this one has a different flavor for me. There’s less of a rat-a-tat beat and more folksy smoothness. I like both styles so it’s all good.

Electric Blue has some lovely guitar picking and shows her voice nicely. There’s a nice video for this one too.

The Salt Plains has more of the full band, steel guitar and feel I think of her sounding like.

I also really like Brigette & Tuesday. I know it looks like I only listened to the middle three songs, I swear that’s not it. I listened to all of it. Many times! Those are just standouts for me.

I guess I’d say this album is a more country, mellower version of the Ange Boxall I remember, but it has been five – SIX years. I guess we all mellow over time! (now watch, in five years she’ll release a punk record).

← New Delta Rae Video
A Shelby Earle song for you! →