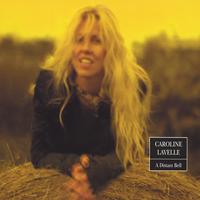 Caroline Lavelle has previously recorded two solo records and worked with famous artists like Massive Attack and William Orbit. This new album is a lush foray into folk music with her own songs beside traditional compositions.

“Banks of the Nile” was made famous by Fotheringay. Lavelle’s version gives it a new life. It’s an inspired fusion of folk and electronica. Its tale of a girl who dresses up as a boy to follow her lover into war remains gripping.

“No More Words” is a song of a relationship gone sour.

The tune is up-tempo and jolly as a contrast. Or maybe she’s just that happy to be rid of the guy.

“Greenwood Laddie” is a traditional song. Lavelle made it in collaboration with Daniel Bedford after hearing a piece of his music that would go well with the song. The songs haunting and special sound prove her right.

“A Distant Bell” is another gem from Caroline Lavelle.