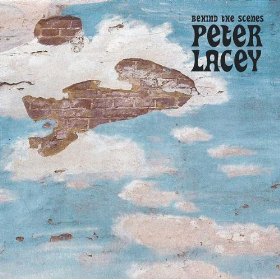 Review by Anna Maria Stjärnell
Peter Lacey follows his recent album with Stephen Kalinch with a new solo album.
It’s a concept album of sorts about the interplay between reality and illusion he’s said.

It starts with the carnival sounds of Funfair for the Common Man which is ever so slightly eerie.

Cast My Own Shadow is a neat, folksy tune with a laid back vibe that Lacey captures well.

Your Familiar Face lives up to its title by being pensive and carefully played as Lacey sings of a loved one. There’s a jazzy undertow to the song that’s very likeable.

This is a very unassuming concept album, though it’s clearly well done and heartfelt. It doesn’t overstay its welcome and might make even make you feel sad when it’s over.