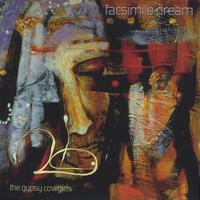 This recording is described as “the musical odyssey of a young woman fed up with her relationships with men. She gradually crosses over, becoming a woman who loves women, and ends up much happier as a result.” Therefore, it’s a must to listen to these songs in order.

We begin with “You’re History” in which our heroine is breaking up with her boyfriend. The break-up song has been done so many times, and done well. But this is one of the best. There are some fantastic lyrics here:

Melissa Bullock is the voice of the Gypsy Cowgirls and it’s a great voice at that. One thing I found interesting: according to the liner notes, the songs were all written by someone named Chip Kiger (who I can only assume is a male) so I found it interesting how he was able to write from the perspective that he has and that other than being the writer (which, I realize is no small feat), is not in the band. The other players are Richard Swift (keys, drums, bass, percussion, guitars and arrangements…whew) and Whip (electrified guitars and bass).

This really is an exceptional record. The vocals are fantastic and the songs well written. The lyrics are clever, smart and witty. The melodies are catchy without being trite, and the instrumentation is wonderful. This is the full package.

Note: The fact that the lead woman did not write the songs and does not play an instrument would usually disqualify the Gypsy Cowgirls from being featured on this site, but since I’ve recently added men and since I really dig this recording, it made it.