I’ve been a fan of Matthew Sweet since I heard the song “Girlfriend” off the album of the same name. 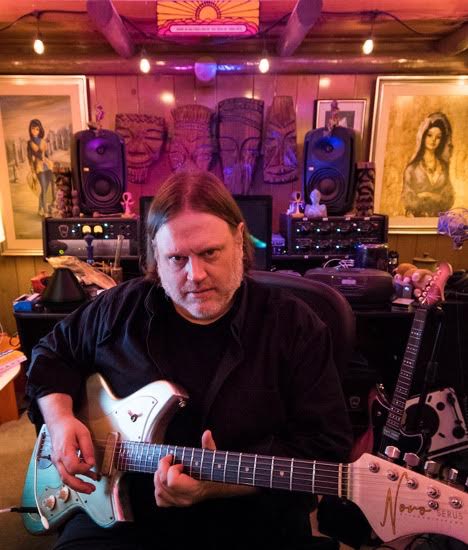 That album was my soundtrack for that whole year it came out. My husband and my bestie both loved it too so we would go see him in concert together often. We have great memories of those shows. Even the one where Matt got food poisoning and had to leave the stage to barf, only to pop back on stage and play another song. What a trouper! His shows are always great.

So I was very pleasantly surprised last week when I got a notification on Facebook that he had just started a livestream from his home. I clicked over and was immediately transported to First Avenue in the 90s. His songs are so comforting to me. His banter was great too. He just seems like such an awesome human.

I’m usually not one to appreciate a guitar or bass line, but with his music, I honestly do appreciate the composition and great guitar playing on his songs. He really rocks!

He’s a beautiful songwriter too. Some of his songs remind me of The Carpenters (“If Time Permits”, for example), while others he shreds like Hendrix (“Sick of Myself”). He’s just so amazing. In one of my favorites, “Thunderstorm” there’s a line, “…and nothing is wrong when it rains, even from my eyes” *sigh*

In doing some research for this feature, I realized that there is not only one volume of Under the Covers, a cover album he did with Susanna Hoffs, but there are THREE!! Vol. 3 is 80s music (my heart). It has covers of “Save it for Later” (English Beat), “Kid” (Pretenders) and “Killing Moon” (Echo and the Bunnyman) for starters. I’m super excited to have found this!

As luck would have it, he also has a new album coming out on the 15th called CatsPaw. You can pre-order it now (and listen to three songs from it right away)

If you are not already a fan of Matthew Sweet, I really recommend checking him out.

Some of my favorite songs:
Girlfriend ( Girlfriend. If I’m being honest, ALL the songs on that one)
Sick of Myself (100% Fun)
Time Capsule (Altered Beast)
Thunderstorm (In Reverse) – this one is epic. It has movements!
Trust me, I had to stop or I would just list them all.