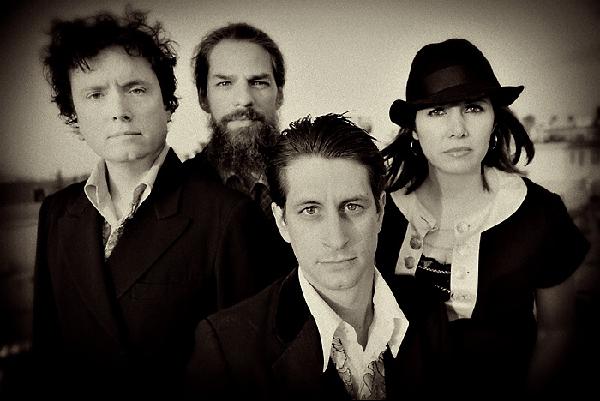 (Los Angeles, CA) Dead Rock West has just been confirmed on a national summer tour kicking off on June 15th in Portland, Oregon with indie rock god John Doe. The band will be performing double duty, opening the set as Dead Rock West in support of their new, critically acclaimed debut album Honey and Salt, as well as sitting in with Doe as his back up band. The tour will continue across the US in a 35-city tour ending in mid August 2007.

Dead Rock West’s sound has been described as “the jagged edge of country rock that brought such acclaim to Los Angeles legends X in the ’80s,” by the Houston Chronicle. Campus Circle calls it the “true evocative sound where John Doe and Exene Cervenka from X meet Gram Parsons and Emmylou Harris.” What better way to compliment these comparisons than for Dead Rock West to team up with the renowned X front man!

Since the release of Honey and Salt, Dead Rock West has been playing packed clubs in Los Angeles, had songs featured multiple times on ABC’s hit series “Men in Trees,” been spot lighted and heavily rotated on XM Satellite Radio, and garnered much attention from such publications as Amplifier Magazine and Los Angeles Times. The album was mixed by famed music man Richard Dodd, who recently won a Grammy for his work on The Dixie Chicks Long Way Home, giving the album that rock edge that Dodd is famous for.

I reviewed their record awhile ago, [Read the review here]