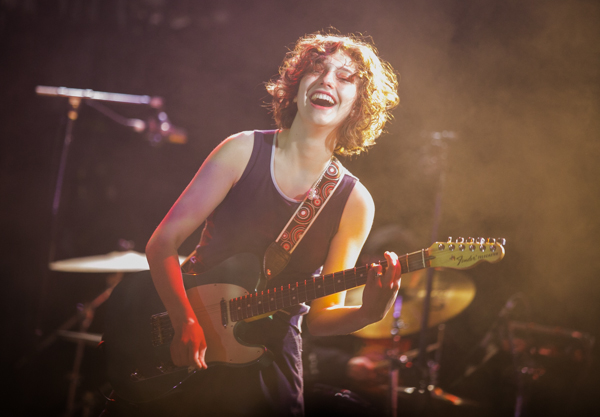 Mikaela Mullaney Straus, better known by her stage name King Princess, is an American singer, songwriter, instrumentalist, and producer from Brooklyn, New York.
She is signed to Mark Ronson’s label Zelig Records.
In 2018 she released a few singles that gained her some notoriety, and then released her debut album, Cheap Queen, in 2019.
(reference, Wikipedia)

I discovered her when Amazon Music recommended her to me. I liked her enough to put her in my Ladies Night mix on Amazon Music. I shuffle that playlist every day and when I hear something I really like I ask Alexa who it is, and 9 times out of ten it’s King Princess.

Her sound ranges from contemporary pop to R&B to hard rock. It’s apparent watching her videos that she is an actress as well. She seems pretty comfortable playing different characters in them and it’s a joy to watch!

She does a cool version of the old Turtle’s classic, So Happy Together with Mark Ronson. But my favorites of her originals are Cheap Queen, Homegirl, Tough on Myself, but her video for Ohio is a wild ride!

I’m excited to see what else she puts out there and how popular she gets. I mean, she has over 750 THOUSAND Instagram followers, so…