Wyvern Lingo is an Irish band from Bray, Ireland in County Wicklow. It consists of Caoimhe Barry on vocals and drums, Karen Cowley on vocals, synth, and bass, and Saoirse Duane on vocals and guitar. 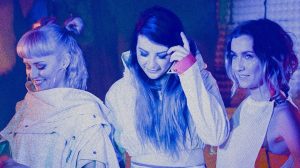 Wyvern Lingo have been writing music together since they met at age 11. They originally bonded over hand-me-down albums of Led Zeppelin, Joni Mitchell and Simon & Garfunkel along with the R’n’B of the 90s/00s that then dominated the radio. Their music stitches together this tapestry of influences, all united by their chilling vocal harmonies.

The first I’d heard of them is from Collected Sounds friend/reader Robert Cullen. He sent me a link to their video, Used. It took me a while to listen, partially because I was busy and then I forgot. Oops! But once I listened I was in awe.

The video shows three women standing in a circle facing each other, on what appears to be the middle of a street, and they’re singing a capella. The harmonies are amazing and they all have lovely voices.

I did the YouTube Rabbit Hole thing and listened to some of their other songs. The others have a sort of funky beat, sometimes a bluesy guitar, a little R and B. They’re really lovely.

Check them out at these links:
Official Site

Bandcamp: Order the new album
Bandsintown
YouTube
They also have a podcast! 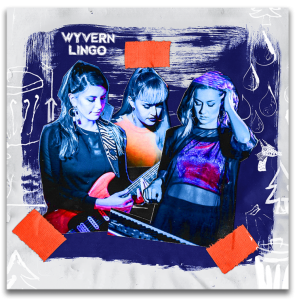