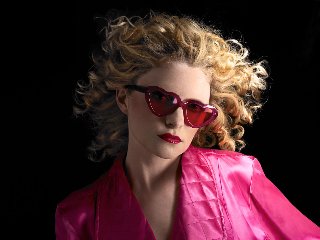 New Remix Album Due Out October 17 On Mute

Track listing for GOLDFRAPP’s We Are Glitter is as follows:

Riding high on the success of their third album Supernature, red-hot U.K platinum act GOLDFRAPP – Alison Goldfrapp and Will Gregory – have a new offering for U.S. fans only with WE ARE GLITTER. Due out October 17, 2006 on Mute, We Are Glitter is a collection of the best remixes of tracks from Goldfrapp’s critically acclaimed Supernature. Adventurous and risk-taking, We Are Glitter celebrates and re-imagines Goldfrapp and Supernature with each track selected by the band.

The album features work from white-hot remixers The Flaming Lips, DFA, C2 (aka Carl Craig), Benny Benassi, Ewan Pearson, FranÃ§ois K, Alan Braxe & Fred Falke and many more, most of which have not been previously available commercially. We Are Glitter’s highlights include alluring remixes of such songs as “Number 1” and “Ooh La La,” both of which hit #1 on Billboard’s “Hot Dance Club Play” chart. We Are Glitter also contains the special bonus track “Strict Machine (We Are Glitter mix),” a song from their second studio album Black Cherry, remixed by Goldfrapp themselves. This new version of “Strict Machine” also appears on the soundtrack for the upcoming feature film Miami Vice and the original album version has just been licensed for use in the new Verizon TV advertising campaign which launched July 25.

Goldfrapp, an electrifying concert attraction, also received attention for their performances of “Ooh La La” on the Late Show With Letterman and the Tonight Show with Jay Leno earlier this year. Supernature, released March 7 2006, is an unbeatable glam/pop/electronic/dance hybrid that was hailed by Blender (four stars), Time (“5 Great Albums” page, 3/27/06) Rolling Stone (“”Toxic and delicious, Supernature will make you do bad things–and like it, 3/6/06) and England’s NME (“the best pop album of 2005”).