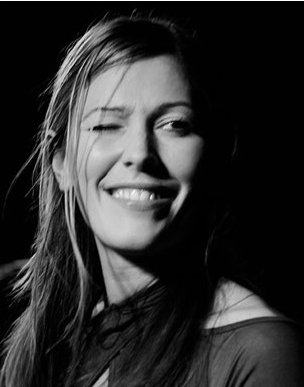 Janie is price-less and unparalleled

The Liverpool crowd gathered in the Stanley theatre proudly and patiently sat at their tables waiting like celebrities at an awards show for main act Rodrigo Y Gabriela. The cello propping, calm voiced and picture of prettiness Janie Price, was ably assisted by her guitar stroking sidekick Michael Jarvis to form the musical hybrid of ‘Bird’. It was long not before the calming and commanding opening number ‘Stalker’, ensured that followers were gained due to their longing and soothing sound. ‘Love Songs On The Radio’ along with the sombre yet potent ‘Falling Like Stars’ from debut album ‘Insides’ highlighted the cheery cellist’s depth and craft, as well demonstrating to gatherers that pop and integrity are not strangers in modern music. Bubbly and soaring forthcoming single; ‘Slowly, Slowly’ that was cheekily introduced as being about Geri Halliwell, drew the curtains on an uplifting and commanding set from this crisp, talented and enthralling pair.

The as charming and effervescent off stage Janie cheerfully led the descent down into the toilet graffiti decorated dressing room, before expressing disdain at the many “Penis drawings” displayed. I wasn’t aware that Har Mar Superstar had played the Stanley Theatre before? I was keen to find out how the London based songstress felt about the surge of guerrilla gigs happening in her home city and how did she fit in with that scene? A cheeky, charming and welcoming giggle introduced her response;

“Well, it is not hard to fit in there as it is a scene of its own. The general scene has not changed. I am actually a fan of guerrilla gigs, just deciding to turn up and play unannounced; Mike and I do it all the time. Recently, in Germany we were chatting with some Swedish handball players and when we told them what we did, they said ooohhh you must play for us and we did just that. So there it is Bird’s own kind of guerrilla gig.”

Some Swedish handball players have all the fun, eh? It was a suitable time to converse about Bird’s soft, soothing and seductive music. Debut album ‘Insides’ is musically supple and warm yet contains thought provoking lyrics, so I was intrigued to find out what influenced her writing more people or places?

“Well Iceland was a heavy influence that comes through on the album. The guy who co wrote it with me is Icelandic and we mixed it there. Generally, my music comes from observations; things that I see around me. ‘Rewind’ was written about a patient I used to look after when I was a nurse’.

The powerful Tibetan incense wafting around the room at the artist’s instigation must have had mystical powers, as I was just about to ask Janie about the standout track on ‘The Insides’ that is the psychological ‘Rewind’. This number displays melancholy with more pungency than you would find in a John Donne poem.

It was time to dissect Janie’s work with the precision and pride of a 14 year old science student having their first experience with a frog in a laboratory. Forthcoming single, the melodious and bubbly ‘Slowly, Slowly’ is an offering of pop music as it should be; honest and upbeat. Has the pop genre lost its way and is she proud to be called a pop artist?

I felt forcefully compelled to interject;

“I mean a pop artist in the sense that you produce popular music. It is impossible not to like your music and the way you approach it. You are also the epitome of indie with your DIY ethic.”

The interviewee looked more relaxed as she elaborated;

“Well, the pop industry has not lost its way in many respects there are a lot of serious pop acts out there. I am proud to be an artist of popular music; The Beatles were pop music and The Red Hot Chili Peppers produce good honest pop music. I think I make good alt-pop.”

Last Christmas saw the release of AA single ‘Falling Like Stars’ and ‘Christmas Song’, the latter non-album number brought rhythm and realism to my Christmas, at least. Was she at all perturbed by the fact that it didn’t get as much credit as it deserved, perhaps because it deviated from the usual sap that is as much a part of Christmas as grandpa being sick after one brandy too many?

“Well, not really because it did as well as it could. It was a very limited edition offering aimed at letting people know that Bird is out there and it did that.”

Then a pensive look appeared on her face before it lit up like Einsteen’s once did;

“Maybe I’ll re-release it in a few years time when Bird is established?”

What about Janie’s musical diversity, as she used to be a drummer in a punk band. What was the band called?

“Mustang Sally. It is not a very punk name I know, but there you go.”

Having earlier witnessed their enthralling live show, I was intrigued to discover what she wanted people to take out of a Bird live performance and how she wanted to leave them feeling?

“Thoughtful and happy, I want them to feel it was worth leaving the front door for.”

How about; worth leaving Celebrity Wrestling for? I resisted adding.

With musical instruments creeping into Children’s top ten Christmas want lists like Shed Seven used to creep into the charts, how would she persuade someone to buy a cello? Emitting a mischievous giggle the humble songstress took on her reply;

Finally, in a admirable show of contentment Janie responded to a question about what she would change about the music industry and perhaps life? As follows;

“Nothing, you can’t change it. It is what it is.”
David’s review of her new single: “Slowly, Slowly” by Bird

Sparkling, comforting and vibrant alt. pop is delivered with flighty enthusiasm and feeling to skirt the territory of KT Tunstall, Bjork and Rachel Yamagata and produce that fresh feeling. Wandering instrumentals meet up with Janie Price’s comforting and composed vocals to provide a catchy offering with honesty and feeling. ‘Slowly, Slowly’, is in essence Bird’s debut single taken from tantalising debut album ‘The Insides’. Unless, of course, you were lucky enough to get your hands on a copy of the limited edition AA sided offering; ‘Falling Like Stars/Christmas Song’ that is now rarer than an Alec Ferguson smile.