An Interview with Jennifer Marks by Collected Sounds 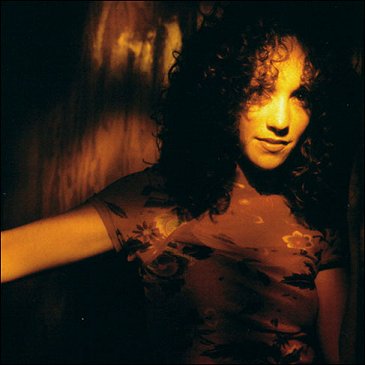 Where are you based?
I am based in NY.

Where did you grow up?
I grew up in Lawwwng Island.

Tell us a little about how you got interested in music and when you started writing/playing.
I became interested in singing when I realized I could actually do it. I began writing when I was 17 after I had gone to see Nile Rodgers speak (Chic, produced Madonna etc) and he said go home and write. I went home, began writing and fell in love with it. When I think about it I had been coming home from school and singing my own melodies and words but never put it down or considered it something I could do for a living. No one in my family was in music so it was a shock when I said I was going to write songs for a living.

Describe your first performance (time, place and any feelings that went with it).
The first time I ever sang my own songs in front of people I played at the Bitter End in NY and I sang 7 songs, that was all I had. I was incredibly psyched and stupid enough to not feel nervous. I had a bunch of friends there and it was fun. Once I started taking it seriously I went through the nerves and the insecurities that can come along with performing but luckily was able to work through it.

How would you describe your style of music and who are your musical influences?
I write pop songs that have a rocky feel with lyrics that usually have an alternative twist. I know that the word pop sometimes has a negative connotation but the reality is The Beatles wrote pop songs. They wrote catchy, hooky tunes that stuck with you and that is what I consider pop. I was lucky because my dad listened to bands like The Beatles and Fleetwood Mac and my mom listened to Disco music so I was influenced by some really cool fun music.

1. What is the best feeling in the world?
Being with my Hubby and my Dog
2. What is the worst feeling in the world?
Being away from my family.
3. What is your favorite beverage?
Water is human liquid Coca-Cola and Vanilla Shakes make me happy and a dirty Martini with extra olives makes me do and say things I normally wouldn’t.
4. What is your favorite word or phrase?
I can’t answer that in public.
5. What is your greatest accomplishment (so far)?
Opening up my own label and releasing 3 CD’s.

I had a bonus question for Jennifer. I’ve known her for awhile now and she’s played at my home during our House concert series. She has a song that I’ve always loved, and it was a big hit among my concert attendees. Jennifer was recently signed to Bardic Records and they sent me a little EP with 3 of Jennifer’s songs, re-worked. Well, this aforementioned song was on there, but it’s been changed. So I was wondering why (even though I had a feeling I knew, and I did), but I wanted to give Jennifer a chance to explain it to those of us who loved it the original way. (It’s still a great song, it was just more edgy and fun the way she intended it to be).

Bonus Question:
“Why change the tone and meaning of the song, ‘It Turned Me On’ from being about a girl getting a lap dance to a girl watching a man get a lap dance?”
This was very tough for me as it was a business decision by my label. They are trying to reach the Wal-Marts and the Targets of the world and feel that the content of the song could stop retailers like that from carrying the CD. Unfortunately when other people are putting their money and time behind you, you have to compromise and this is one of those instances where you have to give to get. I am still fighting for the original lyrics.

← Album Review: The Disconnection by Carina Round
Interview: Catarina Raposo →