An Interview with Terami Hirsch by Collected Sounds 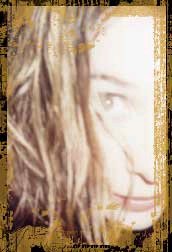 Where are you based?
Los Angeles

Where did you grow up?
I grew up in Burbank, CA. So completely un-exotic, it’s not even funny.

Tell us a little about how you got interested in music and when you started writing/playing.
I wish I had some amazingly quirky backstory…but honestly, it’s pretty standard stuff. When I was really tiny, I would crawl in any grown-ups’ lap when they were at the piano bench, just to get a better view of their fingers.

My uncle had a friend named Peter who would play “Mandy”. That was my favorite song in the world.

I was constantly trying to play my own songs, and asking my parents if they could teach me how to play like Peter. So, they called the most respected teacher in town and asked if she would take me. But I was too young. I had to stay on a waiting list until I was five.

I studied with this teacher for a few years, loving every minute of it. But I was so sneaky, I had taught myself enough to understand music by playing by ear. I couldn’t read a note, even though I could play all my songs – just by hearing them once. My teacher knew I was bright enough to do really well, and so she hired this really crinkly, bald, old composer from somewhere in the Soviet Union to come and work with me once a month. His name was Dr. Podalski. He was really terrifying to me. But I learned a lot of discipline.

Soon, I outgrew my sweet teacher, and moved on to a teacher in another town who was famous for her strictness and hard work. I had to audition for her. But she accepted me.

After years of study, she realized that I was just mostly interested in writing my own stuff. In high school, I used to forgo doodling for writing music on blank sheets. I was a freak. But my new teacher supported my efforts and allowed me 15 minutes each lesson for reviewing my new songs. She helped to sculpt my songwriting techniques. Very wonderful and supportive.

Out of high school and finished with my formal training, I just continued to write my songs. Every day I work on something. It’s like breathing.

Finally, one of my friends told me that I should record my work – something I never considered before! So after years of pondering the idea and wading through terrible songs and recordings, I finally came up with the collection of tunes that was acceptable and recorded All Girl Band.

And I’ve continued to move on from there. I just can’t stop.

Describe your first performance (time, place and any feelings that went with it).
My FIRST performance was when I was five and I played Pop Goes the Weasel. I was excited – but mainly because my mom bought me a new dress.

I don’t remember my first performance of my own music. I used to play in so many recitals and competitions that I can’t remember when I crossed the line into my own work.

But I do remember the first time I decided to take my music seriously and played at an open mic in hopes of being booked for a show. It was a coffeehouse in the San Fernando Valley on a Sunday afternoon. I was so sick I thought I would vomit. The girl who went before me sang a capella. I remember thinking that if she had enough balls to sing in a shaky voice without anyone backing her up, then I should have nothing to complain about.

I was booked after that first show.

How would you describe your style of music and who are your musical influences?
I call my style of music “quirky, confessional storytelling with a piano on top.”

I think over the years my music has become less sparse. I’m working a lot now with Kevin Benson who is a techno artist. So our sound is really more like taking emotion and piano and straining it through knobs and gadgets. We’re trying to juxtapose the fluid, natural sound of the piano and my voice with the edge of electronics.

Influences? Top of the list: BOB DYLAN. If I could only write the stories he does!! And I love the character of his voice. I adore Paul Simon, Kate Bush, and Dead Can Dance. Paul has the great storytelling thing going on too while Kate transcends with her emotion. DCD is just awesome. I really get into the sound of their work. And I can’t leave out Robyn Hitchcock. His album “Eye” is SO inspiring. He did so much with so little. Beautiful.

1. What is the best feeling in the world?
Excitement. I love the rush of adrenaline when I get excited about something. It makes me feel like I could fly.
2. What is the worst feeling in the world?
Um…when people say bad things about me. I can’t think of a single person on the planet that doesn’t want to be liked. We all try so hard to be good and decent, and when that backfires for whatever reason, it feels terrible.
3. What is your favorite beverage?
Root beer. Though, a cup of cocoa does wonders.
4. What is your favorite word or phrase?
I don’t know!! For a few years, I would just explain everything I didn’t know by saying “I’m Bob.” ie: “What do you want to be when you grow up?” “I dunno. I’m Bob.” How dorky is that? Bob was my alter-ego, the person who didn’t have to have an answer for everything. So that would be my favorite phrase. “I’m Bob.”
5. What is your greatest accomplishment (so far)?
I’m proud of so many things! But, musically, I’m most proud of the work I’m doing right now. I see a lot of growth in my writing and that feels really good. But in a year, I’m sure I’ll have a new thing to brag about. So, this is a very dated response. Ask me again in a year. And then the year after that.