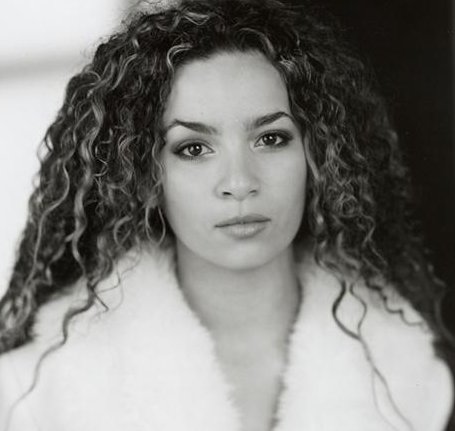 An interview with Béla
By Anna Maria Stjarnell

Béla has just released her debut album The Death of Gypsy X. She’s a powerful singer and songwriter.

What was it like to record the album?
Recording the album was the most incredible time of my life. To watch your simple song ideas and thoughts that you wrote in the privacy of your bedroom, reshape and grow into full songs that incredible producers and mixers you admire, are telling you they love, is something no words can fully describe.

What is your audience like?
Our audience is warm, generous, attentive. They range greatly in age (there are always some people under age that we sneak in, and then there are people that are there who are in their late 40’s!) Its great to reach and touch such a wide variety of people from a wide range of life experiences and diverse cultures. Its interesting that although at first glance they don’t always share many similarities, they must share something in common in their lives because there is a common thread in them all that has been somehow touched by the music we make.

Why did you cover a Guns N Roses Song?
Guns N Roses are one of my first memories of music that scared me a little.. it was like I hated that my older brothers listened to them.. the video for Welcome To The Jungle used to make me cry. But it was also a band that made me realize the power of music. How a song can make you feel something so strong that it moves you. As I grew up, I listened to them again and again and quickly realized why my brothers and cousins had been so mesmerized by them. I dreamt of somehow one day compelling an massive audience like only Axl could.

Why did you choose Don’t Cry?
Don’t Cry is my favorite G N’R song and one of my favorite songs of all time, period. It was a huge challenge to tackle any song by such an amazing band, but especially that one which i saw as already perfect! But as intimidating as it was, it was one of my greatest challenges, and I am pretty obsessed with conquering challenges once they enter my head! I think we recreated it, gave it new meaning and new life. I am infinitely proud of that.

What are your influences? What inspires you to write songs?
In life, my influences are my parents, who have led lives I can only dream of leading. In music, I love European music. The late Amalia Rodrigues who was a Portuguese fado singer. Sigur Ros out of Iceland, and various British bands. I love anyone who can create music that removes your mind and takes it somewhere other than where you physically stand. Time travel, adventure, emotional release, it is all such freedom that only a true artist can bless you, the listener, with. Life inspires me to write songs. The best songs derive from experiences and emotions and people that I have encountered that have moved me. Whether they be positive or negative experiences. One of the first songs i wrote was “Gone”.. I wrote that song the week after my grandmother passed away. Everytime i sing that song I have to make a conscious effort not to break down and cry onstage… it’s so very difficult to relive it all everytime I sing it. It’s painful but there’s beauty in ti and it is ultimately one of my favorite sings off the album because it is so real and sincere.. it hurts but it is also a piece of my greatest idol that I get to have with me every night I perform.

What are your thoughts on people downloading music and how might it affect the music industry?
I don’t know what I can say to stop the downloading of music. My humble opinion can’t stop the masses so I opt to not let myself get down with things I can’t change. I pray I can make a living out of what I love to do. The gift of music. To be able to touch people’s lives with something I write or sing.. that is a luxury to me and a blessing I hope I can keep in life. I hope fans will want to have a full cd to hold in their hands and have in their collection, to share with those they love, as a piece of art, a keepsake. I hope I can be a part of people’s lives that way, and that hope makes me believe maybe people will continue to buy the albums that make up the soundtrack of their lives. I know I do! I guess its up to us as artists to keep music alive. Make cds worth buying again. Keep creating and inventing, not just innovating. Keep impacting kids lives. Keep live shows alive. Write songs, not jingles. Make it sincere and real and the rest will follow.

What’s next for you in terms of music?
I am constantly writing. That is something as natural and necessary to me as breathing. Right now the priority is taking the music to the people. Meeting face to face with the supportive masses. We are planning to tour throughout the summer. That is the most exciting thing in the world.