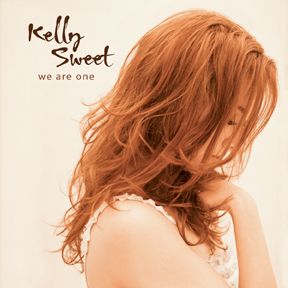 (Los Angeles, CA) â€“ Kelly Sweetâ€™s â€œRaincoatâ€?, the first single from the rising starâ€™s recently-released debut album WE ARE ONE, has just reached #1 on FMQBâ€™s AC chart. â€œRaincoatâ€? has been steadily rising on the Mediabase and R&R AC charts and is now in the Top 15, at #13 and #14, respectively. Kelly is in good company on the AC charts with multi-platinum artists such as John Mayer, Rob Thomas and Nickelback. She is the only new artist to chart so high in the format. In addition, a remixed version of â€œRaincoatâ€? featuring Dave Koz recently debuted on R&Râ€™s Smooth Jazz chart.

Sweet has been criss-crossing the country on an extensive promotional tour. She has recently performed â€œRaincoatâ€? and other songs from her new album on numerous regional and local television shows including Comcastâ€™s â€œBackstage With Barry Nolanâ€?, Chicagoâ€™s â€œWGN Morning Newsâ€?, Detroitâ€™s â€œFOX 2 News Morningâ€?, Clevelandâ€™s â€œFOX 8 News In The Morningâ€?, Bostonâ€™s â€œFOX 25 Morning Showâ€? and more. She was also recently featured in Yahooâ€™s The New Now program. Other artists in the program have included Robin Thicke, KT Tunstall and Lily Allen.

At just 19 years old, Kelly Sweet has already performed over 500 concerts around the country, including opening gigs for Paul Simon, Kenny Loggins and Anita Baker. Classically-trained and able to sing in several languages (French, Italian, and even Sanskrit), her music has been captivating the industry and audiences alike. With unrivalled charm and sophistication, Kelly brings extraordinary beauty to music not often heard in todayâ€™s pop landscape.

Watch the video to “Raincoat”