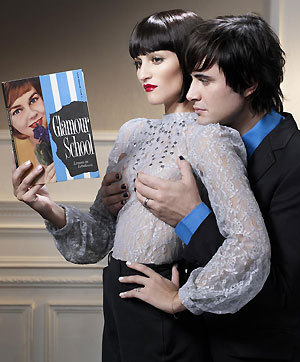 While migrating some artist spotlights over to the new site (here) I’ve been trying to update them as well. Making sure that all the info is correct, links work, etc. Well I came to Martina Sorbara and was quite surprised.

When I reviewed her album, The Cure for Bad Deeds, I was smitten. It was filled with luscious pop songs and a sweet almost cutesy voice (don’t worry, not the annoying kind). She was sort of like a younger poppier Sarah McLachlan.

The songs were major earworms that have been stuck in my brain for years. I still listen to that record.

So I checked her website and see that she’s now in a band called Dragonette. They couldn’t be much further from the style I was used to her having. I’d say they have more in common with Goldfrapp than McLachlan.