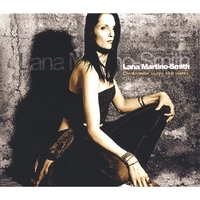 I generally don’t care for blues, and blues this is. But Lana Martino-Smith has such a strong voice that it makes this much more tolerable than most blues is to my ears.

According to her bio, this recording was meant to just be practice. She recorded these songs just to get used to recording so that she’d be ready when the “real” record was ready to be done, but it turned out so well they redid it and released it. Thus, this became the “real” record.

This is a strong recording and one that I think blues fans will appreciate. Heck, perhaps even non-blues fans like myself!