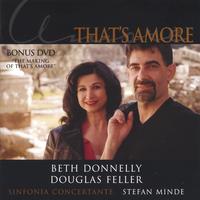 Again, this doesn’t really qualify because the artists did not compose these songs. The songs on this record are opera classics. But I wanted to acknowledge that I got it and listened.

I know I said my least two favorite genres were blues and Christian (or any religious music, really) but I really should have also mentioned opera.

There is something about that opera voice that rubs me the wrong way. Howeverâ€¦I love classical piano and Mozart figures prominently here. So I gave it a shot.

Yep, still that opera voice that I have so much trouble with. But I guess it would be good background music to have on when you’re serving an Italian dinner or something.

That’s all I can say about it because if I try to pick it apart, someone who know more about the genre (which is probably anyone and everyone on the planet) will surely point out my wrong-ness. So I’ll just say that for what it is, it’s good.

Not my bag, but I’m sure it’s somebody’s.