Today’s podcast recommendation is Reply All. 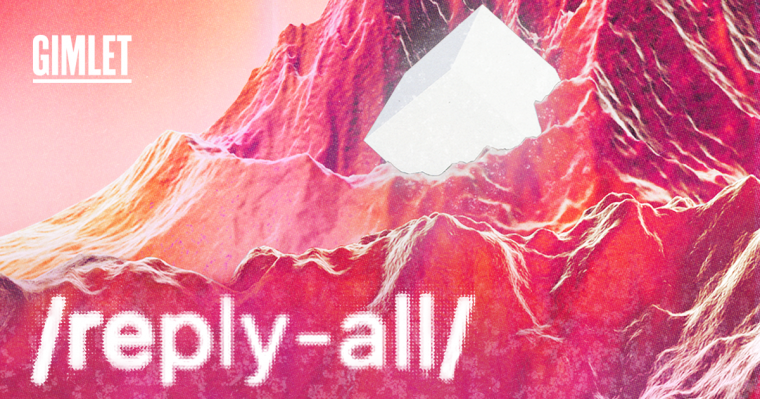 Usually, I just throw it out there and give a few of my favorites, but this time I’m going to implore you to listen in particular the Happiness Episode: “#168 The Happiness Calculator vs. Alex Goldman.” More on that in a minute.

This show is hosted by Alex Goldman and PJ Vogt. It’s basically a podcast about the internet. Which may sound boring on the surface, but it’s anything but. I love it. If you’ve ever read a tweet you didn’t understand or be baffled why something is popular, this will help you understand.

OK so, in this episode Alex is interviewing a man Peter Dodds, a data scientist who is involved in this project called the Hedonometer, where researchers measure everyone’s happiness based on their social media posts. It’s fascinating how they can quantify happiness but also interesting what makes us happy (Christmas) and what makes us sad (suicide or terrorist). He is explaining this all to PJ Vogt, his co-host.

For English speakers, the happiest time is the holidays, Christmas Day in particular. So, when measuring happiness, they will say that happiness “went up half a Christmas day” and they use that as the yardstick for happiness.

It was interesting to learn about the most unhappy date in history (since this project began, and up to when the interview happened). No, I’m not going to tell you 🙂

The hosts also talk about things that make them happy and I don’t want to spoil anything, but basically, it’s about self-care. Alex talks about how he went into the kitchen one morning and saw half a lemon sitting there. He asked his wife about it and she said she used the other half for her water. He was sort of blown away by the fact that his wife had identified that she likes lemon in her water, and then went and did something for herself to make that happen. This is second nature to me, but I understand that others do not think this way. I wish they did.

So please take a listen to this podcast, but especially this episode. This might be a tough winter for some of us and I want you all to be happy.


Other episodes I liked:
#166 Country of Liars (it’s about Q-Anon)
#51 Perfect Crime (about a woman who plays the same part in a play, every night. For years)
#164 Long Distance: The Real Alex Martin (3 years ago, Alex returned a call from a telephone spammer and held his feet to the fire. He actually traveled to India to meet him. This is the follow-up. Original episodes are #102-103)
#161 Brian vs. Brian (a Christmas song that almost wasn’t)
#96 The Secret Life of Alex Goldman (Alex lets PJ hack his phone giving him surveillance of his life)
#83 Voyage into Pizzagate (the conspiracy theory explained)
OK, I’ll stop there, I love all the episodes, but these are just a few of my favorites.