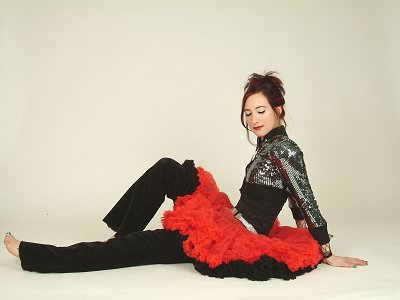 I got a new Sage Newsletter today…here are some goodies:

Recently, Rachael has had the pleasure of welcoming several special guest vocalists into the studio for her forthcoming album, “Chandelier”. The one-and-only NOE VENABLE dropped by to lend her ethereal pipes to an otherwise entirely instrumental track called “Beloved”, and a very radiant (and 6 months pregnant!) RACHAEL DAVIS graciously spent two days in the studio crooning on a wide range of songs, including a few you may have already heard live: “Angel In My View”, “Wishbone” & “Moonlight & Fireflies”. Later this month, New Arrivals artists TRINA HAMLIN and GREGORY DOUGLASS will also be swinging by to contribute their musical & vocal fabulousness to the album. Stay tuned for more studio-updates…”

She’s also touring the UK so if you live there and want to host her for a house concert, she’s up for it. If you can do this, I highly recommend it. Rachael has played our house several times and not only does she put on a an amazing show, she’s hilarious, and a great house guest. If you’re interested, comment here (with your email address) and I’ll send you her contact info (I don’t feel right posting that here).

*As always, please visit www.rachaelsage.com for a full list of upcoming
shows!

← Album Review: Songbook 1 by Cecile Corbel
Album Review: Every Girl I Know Deserves a Packet of Stars by Sophie Moleta →