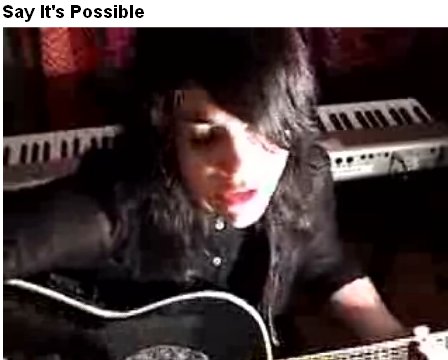 Iâ€™m supposed to be writing reviews, but Iâ€™ve gotten a little sidetracked. I have been spending a lot of time on YouTube recently. Once youâ€™ve seen all the cute kitty videos and stupid re-enactments of SNL sketches move on to the music. I saw that Terra Naomi had some videos posted. I have known her music for quite some time but I was blown away by â€œSay Itâ€™s Possibleâ€?.

Apparently Iâ€™m not the only one. Sheâ€™s been getting crazy numbers of comments on it, people are learning the song and posting themselves performing it even. Wild.

Anyway,.. Check her out over there on the old YouTube:

Hereâ€™s the vid that started it all