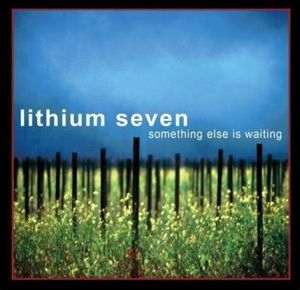 This is a nice EP, it’s short at only three songs, but it gives a nice intro to the band.

The lead singer (Shawn Gormley, I believe) has a comfortable soothing voice. The songwriting is good, the songs are pretty catchy. I’d call it folk-y rock with a touch of Americana.

The title track is probably my favorite of the three. It’s got a nice rhythm and easy-going feeling.

There’s a little mandolin on Arizona that adds a great touch.

The name comes from the actual element. On their website it says:
7Li is stable with 4 neutrons…
— we have 4 members that keep the band balanced and stable.

Here’s a video of the title track.

Track Listing
1. Get To Montana
2. Something Else Is Waiting
3. Arizona

← Help Garrison Starr get on Ellen!
Ships and Dip Episode 1: →

1 comment for “Something Else is Waiting by Lithium Seven”