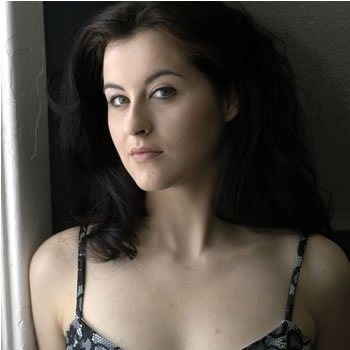 I was born in Green Bay, Wisconsin, the family moved around a bit and ended up right back in Green Bay before I hit middle school. Catholic school, with uniforms, was the connecting thread throughout my 12 years of pre-voting-age education. And I spent high school at a place called: Notre Dame de la baie Academy (seriously). (side note: As a result, you may have noticed that there is a bit of sarcastic rebellion in my music.)

My mother was president of a children’s theatre organization while I was growing up and learning to appreciate the arts. Forever wanting to be on the stage but never good enough to be cast as anything besides a rock (in “The Singing Stone” – but I didn’t sing) I grew up slightly discouraged. When I hit high school though, I joined choir and was given a bundle of encouragement and advise…which gave me the nerve to keep singing and become stronger. My freshman year in high school I sang a solo during mass where another student heard my voice and through a friend of a friend of a friend – we met; his name was Jon Koehler and he wanted to form a band – just the two of us.

So while I was adjusting to being something other than the background on stage, Jon was forming a plot to get me into a band which we eventually called “Crush”. Little did I know he actually had a crush on me and 10 years later we would end up together in every sense of the word! However, back to the story. Jon had a ton of talent; he could play the guitar, piano, bass, engineer, record, read music, and transpose – I could just sing and write a lyric or two. I was in awe of him and he…well…wanted to get inside my pants. Just kidding…sort of.

Jon introduced me to the music of Bjork, Sinead O’Connor, Tori Amos, the Breeders and Screaming Trees – artists I had never heard of but fell in love with at first listen. He was my music education – no schools or chords – just music in all its bizarre and beautiful forms.

Our sophomore year we continued writing music together, won a few talent competitions and played our fare share of gigs in little old Green Bay. After graduation we split ways; he turned down Berkley to attend Eau Claire and I went to Northwestern in Chicago. I played coffee shops and house parties while pretending to be a theatre major on the weekdays.

Music was more fun and I was the only one in charge. Jon and I stayed in touch throughout the college years and caught up during vacations and holidays only to end up in the Twin Cities together after both finishing college. Jon got a job at First Ave and took a brutal stab at band management while I hit the Minneapolis coffee shop circuit with a vengeance building up a mailing list and recording my first CD, acoustic, which was completed in less than 4 hours.

Finding the Twin Cities a very welcoming home base, I decided to start touring for real and haven’t stopped since. Each CD is a little different, each song a little more focused – with Jon moonlighting as a guest guitarist on a track or two. I love all four of my releases and am secretly hoping to branch out even more and do a jazz/blues standards album, cover Leonard Cohen and write some heavy metal tunes…just because I can.

Playing live acoustic music is still what I do best though because I’m allowed constant touch with the audience and that means more to me than all the CD sales in the world. I hope to play new cities, new states and overseas every year. And I will of course love you forever if you decide to check out www.annedeming.com or www.cdbaby.com/annedeming and purchase an album or two.