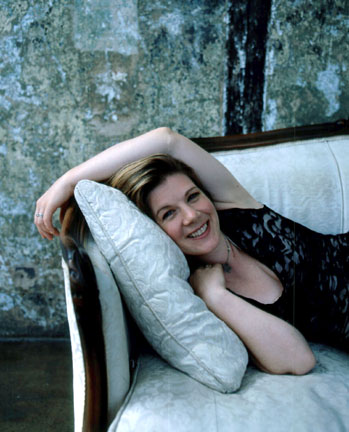 Dar Williams was born Dorothy Snowden Williams in Chappaqua, NY. In 1989 she graduated from Wesleyan University, in Middletown, CT where she studied religion and theater. She then moved to Boston where she attempted to get one of her plays produced, but that didn’t pan out. It was here that she got interested in folk music and started playing open mic nights. At this time she released 2 cassettes (now unavailable).

Later that year she played the Newport Music Festival to a very welcoming crowd and this seems to be her turning point as she was asked to open for Ani DiFranco and her career took off.

I was lucky enough to have the opportunity to interview Dar, and I only stammered a little.
[read it here]