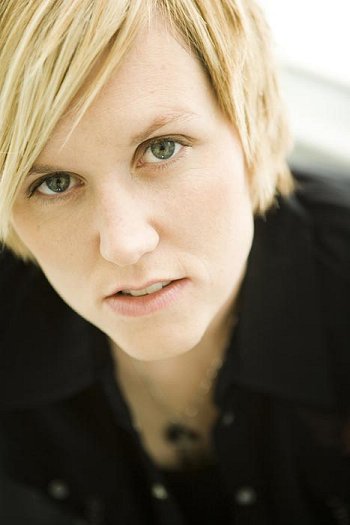 Born in Hernando, Miss., Garrison began performing original material in coffeehouses and clubs around Memphis while still in high school. She quickly developed a following. She put together her first tape of songs the year she graduated. It was called, “Pinwheels” and it was produced by a friend of hers. She put out a couple of other recording as well.

Garrison financed her recordings through gigs and a job at Ardent Records, the legendary Memphis label and recording studio. “I was a gopher there,” she admits. “I ran errands, did mailings, made phone calls. But it was fun, and, of course, I learned a lot about the music business.”

In 1995, Geffen Records A&R rep Ray Farrell received Garrison’s demo tape in the mail. She then released her debut album, “Eighteen Over Me” on Geffen Records on Sept. 23, 1997.

Garrison put everything on hold to figure out who she was and where she was going. She recalls being on a plane from Nashville back to her adopted hometown of Los Angeles, looking out the window and seeing a whole new world. “It was amazing – sitting back and realizing that it really isn’t about where you’re going, but it’s all about the ‘getting there’ that matters.” Garrison clung to that moment and drew inspiration from it for her new album, “Songs From Take-Off To Landing.”

“When I’m onstage,” she declares, returning to a dearly held topic, “I have to sing my soul out. What affects me most deeply is seeing a performer give all they have, pouring themselves out to the audience. When I’m up there, that’s what it’s all about. If I didn’t play, I think my head would explode.”

Read reviews of:
[The Girl Who Killed September]
[The Sound of You and Me]
[Songs from Take of to Landing]

← Spotlight on: Bic Runga
Album Review: …from the Underbelly by Amy Fox →