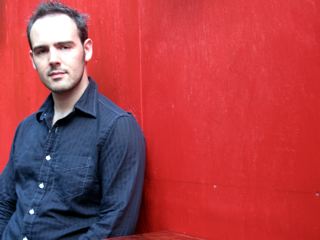 Douglass’ passionate amalgamation of contemporary folk, pop, and rock have been compared to Jeff Buckely, Tori Amos, Peter Gabriel, and Bjork, while he has been equally influenced by his love for underground female singer/songwriters.

His intense, high energy performances either as a solo acoustic artist or with his full band are consistently solid. The winner of the 2003 GrammyFest in New York City, he currently plays at clubs, festivals, and on campuses throughout the U.S., and was the inaugural performer on the American Red Cross 2003 “Save A Life Tour”.

He is an active juried artist on the Vermont Arts Council, har toured with They Might Be Giants, and been co-billed with Tracy Chapman, Third Eye Blind, Melissa Ferrick, Martin Sexton, and Michelle Branch to name a few.

Read reviews of:
[Up and Away]
[Stark]
[Pseudo-Rotary]