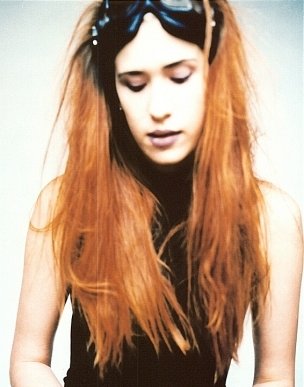 She is “A gifted musician, she also possessed the vocal range of an alto tenor, her unique voice lending her songs a maturity beyond their years.” Before she had played a full live show, she played a 20 minutes set at the Prince’s Trust Concert in Hyde Park performing between Eric Clapton and The Who. The then recorded her debut album ‘I Megaphone’ New York and London. “It is both an anagram of Imogen’s name and an illusion of her often uncompromising stance on life.” Her main influences are PJ Harvey, Rikki Lee Jones and the Beastie Boys. But has been compared to Kate Bush, Fiona Apple and Patti Smith.

Read reviews of:
[Speak for Yourself]