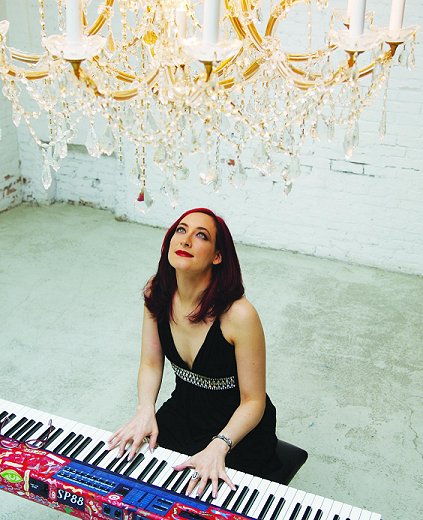 Rachael Sage, a young East Village New York woman, is a modern day renaissance artist. A pianist, singer-songwriter, poet, and visual artist, Sage has never shied away from a healthy challenge, including founding her own record label Mpress.

A rare combination of timeless craftsmanship and contemporary feminist sensibilities, THE VILLAGE VOICE has described Rachael’s music as “earthiness, color and emotion…Sage has folk on the brain and piano keys for hands and is sure to put on a show sublime.”

A recent Grand Prize Winner in the John Lennon Songwriting Contest as well as a winner of the Billboard Songwriting and Great American Songwriting Contests, Rachael has toured with Ani DiFranco, Eric Burdon, Melissa Ferrick and played the Lilith Fair with Sarah McLachlan, Sheryl Crow, Suzanne Vega and The Pretenders.

Rachael has created a big buzz online, has charted on AAA/College Radio and tours year-round, hitting cities like L.A., Chicago, San Francisco, Prague, Cologne and Berlin. In addition to running her own label, Sage also designs musical instruments, furniture and clothes that have been featured in the New York Times.

Read reviews of:
[Chandelier]
[The Blistering Sun]
[Painting of a Painting]