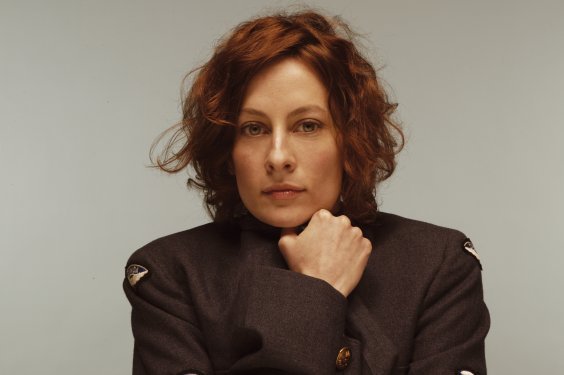 Sarah Harmer is the youngest of six children born to farmer Clem Harmer and his school teacher wife, Isabelle. She grew up on a hundred-acre farm near Hamilton, Ontario.

Sarah’s first solo performance was at church at the age of four.

After a stint with country-rockers the Saddletramps, Sarah formed her own band, Weeping Tile, while at college in Kingston, Ontario. The group recorded three albums before Sarah recorded a collection of country and jazz favorites to give to her father for Christmas. The resulting “Songs for Clem” kick-started her solo career, and led to “You Were Here”

While she was with Weeping Tile.
[On The Ectophile’s Guide]
[Now Ontario] cover story

Read reviews of CDs:
[You Were Here]

Or get all on Amazon downloads (the best!)
[Buy MP3s at Amazon]