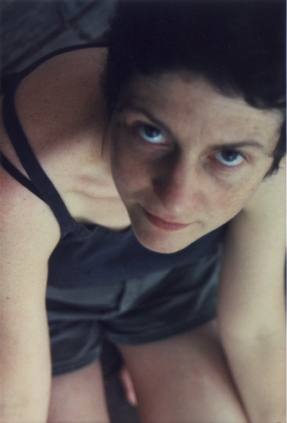 Stephanie Rearick has been playing piano since she was six, favoring composers such as Debussy, Bartok, and Tcherepnin, with a little Chick Corea thrown in. These influences show in her writing, which intertwines a classical discipline with a bit of pop singer-songwriter sensibility.

Rearick began writing music in the early ’90s when she and friends formed the widely respected circus-trance-rock outfit, “Your Mom SRO”. Since then she has served as the bands’ principal songwriter, singer, keyboardist, and sometimes trumpeter.

Several years later she branched out into solo work in order to explore a different side of her musical creativity.

Rearick’s solo writing tends to incorporate more classical elements and leans toward a more melancholy feel. She uses dissonance and unusual harmonies to create new and interesting soudscapes, which are complemented by her flexible and warm-sounding vocals and thoughtful, literate lyrics.