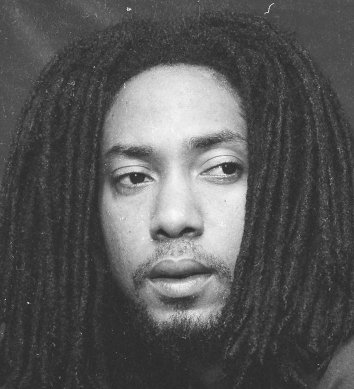 Taj was the artist spotlight for May 2005

From the errant radio signals wafting over the Caribbean basin came waves of divergent musical styles; from calypso to country and western, rock n roll to rhythm and blues– an eclectic confluence that permeated the air of West Indian life.

In the West Indies of the 1970s, this witches brew of sound formed the soundtrack to the turbulent cultural and social shifts, namely, the nascent Rastafarian movement. Restless youth and the threat of political violence hung like a shadow over such times. From these conflicting and coalescing currents a musical original was born, Taj Weekes.

It has been a musical odyssey that has taken Taj from the shores of the Caribbean to Canada and now to New York City. A magical pilgrimage that has all come together in spellbinding fashion with the release of his first album ‘Hope and Doubt.”

Part lover, part mystic agitator, part aggrieved spokesman; this acute observer of the human carnival has crafted a work that signals a seismic shift in the future of reggae music.

An inspired work of uncommon verve. Audacious and original, it shines like a beacon among the gray of contemporary reggae.