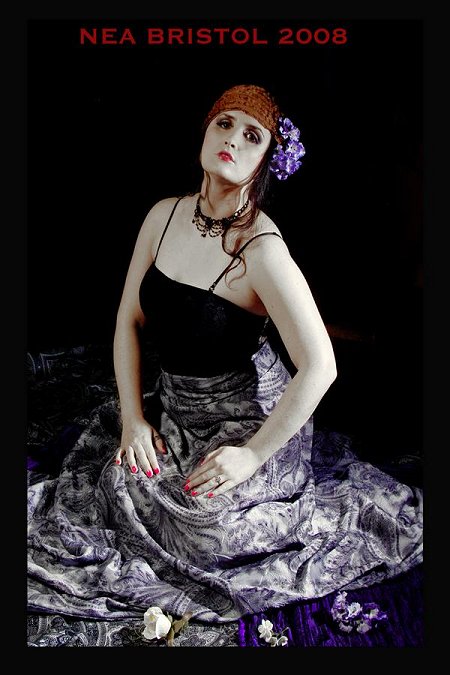 From the time she was barely walking, Tiffany Apan has been drawn to music. Early on the Wilkes-Barre, PA native was influenced by film musicals such as The King and I, The Sound of Music, My Fair Lady, and West Side Story and the cast recordings of Phantom of the Opera and Les Miserables. She was picking up instruments such as the piano, acoustic guitar, accordion, and violin.

Tiffany began taking dance lessons and gymnastics when she was only three years old and resumed her dance lessons at age six after a fight with a childhood illness. She continued her dance classes throughout grammar school and thoroughly enjoyed performing in the dance recitals. Tiffany’s dance instructor was Kathy Burke, niece of famed dancer/actor Gene Kelly. Throughout the years, she would be trained in classical ballet, tap, jazz, modern, and hip hop. Her vocal abilities were discovered when Tiffany performed a solo song and dance number for a dance recital at age 11. She was then enrolled in voice lessons where she received classical training. Her early love of musicals resurfaced when she began auditioning for and winning roles in various musicals, plays, and operas with some local and regional theatre groups including Oklahoma, The Crucible, The Sound of Music, The Magic Flute, Kiss of the Spider Woman, Macbeth, and others. Favorite roles include Hodel in Fiddler on the Roof, Esmeralda in The Hunchback of Notre Dame, First Witch in Macbeth, and Free Style Jazz Singer in Whispers Want to Holler. She later would meet long time musician, Jason English who would become her collaborator in music.

In December of 2006, Tiffany released her first single, the ethereal and haunting pop ballad, Ghost to the internet which was met with overwhelming positive responses from listeners all over the world. She then released two more tracks. One being a more industrial/goth influenced song entitled “Porcelain Doll.” The other was a symphonic gothic rock song with sort of a funk styled beat titled A Prayer. These songs were also well-received and they would be the base of what would come to be her debut album. Throughout 2007, Tiffany worked with partner, Jason English, on crafting the remaining songs to make her debut album. Tiffany calls Poet a very personal album which chronicles her life from the time she was in junior high up until recently. On February 26, 2008 Tiffany’s debut album Poet was released to the public.

Poet was met with great success from the critics and music fans alike with almost everyone describing Tiffany’s sound as unique drawing from the sounds of symphonic metal, goth, classical music, new age, pop, ethereal, opera, and celtic/world. Poet has so far been gaining recognition within the metal, goth, classical, adult contemporary/pop, alternative/rock, progressive rock, and ambient genres. She is often compared with artists such as Sarah Brightman, Lana Lane, Loreena McKennit, and Tarja Turunen; she has also been called a cross between Sarah Brightman and Lana Lane in more than one review. The singles off of “Poet” have done quite well on music charts throughout the internet and have been featured on radio stations all around the world. Poet has had physical CD and digital sales in the US, Europe, and Australia. Tiffany has also enjoyed features in a few magazines and webzines.

In December of 2008, her first music video off of Poet for the song Run Away and Hide was debuted on New York’s music video program, IndiMusicTV. The video has also been spun on Music Corner TV based out of Croatia and will be featured on The Jay Rossi Project. While the “Run Away and Hide” video receives rotation, the video for the song “Ashes to Dust” is being filmed and is set for a spring release.

Upon completing her 2008 Poet Tour, Tiffany is embarking on a 2009 Poet Tour to support the album. She is also headed back into the studio in the spring of 2009 to begin work on her second album. She has also begun to release her personal artwork (paintings and sketches) to the public and plans to make a return to theatre within the next year or two. Whatever project Tiffany embarks on, she continues to carve out her own genre defying niche.

Run Away and Hide video