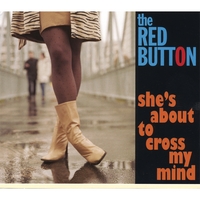 This AM at about 6:45 (yes, I get up at the butt crack of dawn) as I was driving into work my favorite cool-ass radio station was playing their song, “Cruel Girl”. I thought I was dreaming at first (it *was* early) but nope it was The Red Button, played on The Current (Minneapolis’ NPR station) on the Jim Ed and Dale morning show. 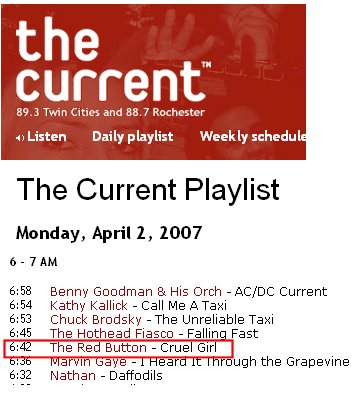