Well, it’s getting pretty close to the end of the year and each year I like to start out the new year with a clean slate. That is, no albums left over from the previous year to review. So what I decided to do is this: All CDs that are currently on my plate (as of Saturday, December 20) will be divided up into 2 categories: Ones I like and the ones I can’t get into or downright don’t like. I will start writing like a mad woman about the ones I really like.

Then the others will either get filed away (‘Thanks, but no thanks’) or I will take the few words I wrote about them (sometimes not entirely nice) and post them. However, I am much too much of a wuss to say something mean to an artist because I know (at least sometimes) they’ve poured their heart and soul into the release. So it would make me sad if they ever found out how I really feel. So here’s how this works.

I am just posting the verbiage of my review. I am not saying which album it’s referring to. However, I will post all the album covers (at the end of the post). You can decide which one matches up with which one. It’s like a game. Only there aren’t any winners because I’ll never reveal what the matches are. God, I am weak… Enjoy?
(click “Read the rest of this entry’ if they don’t show up)

It’s got a sort of classic rock beat, boring.

Pretty mainstreamy, not really my thing. Nice voice though. Just doesn’t do anything for me.

Jazz, that sounds like it should be coming out of a face much older than that photo looks. Nice, but quite old tymie.

A good amount of trill and twang. But I think it’s the pronunciation that makes it sound country. The hard Rs and nasally Es. I’m afraid, unfortunately, this is the kind of country don’t like.

At first I thought this one was pretty cool, then I listened more and realized s/he’s very affected, and sings off key and there’s some awful wailing guitar on track xx.

Wailing guitars, mush mouth singing. Like if Springsteen were drunk. So it’s probably good that most of the CD is instrumental. However, I don’t care for the music either.

MySpace page says s/he’s looking for a band. Maybe that’s what’s missing. Some oomph. But it just sounds pretty boring. These songs do not stand out from the crowd. Could be anyone.S/he’s talented, but you need more than that to stick out in the business. There are so many interesting and unique people out there.

The artist sent a nice note along with the CD saying that even if I didn’t review it, he wanted his music to be part of my huge CD collection. I wished I liked the music better. Not bad, just not doing much for me.

Why is it that jazz music often sounds like it’s off-key? The singers and the instruments too sometimes.

She sings like she’s pissed off and does things that her voice cannot handle. Jumping octaves for example.

Somebody got new electronic toys for Christmas!!

The song may be OK but the voice is grating. Too much vibrato and affectations. Super duper cheesy and the opera-y voice is very hard to listen to. Very earnestly cheesy.

You know, these guys are fine. But I fail to see how they’re any different from a handful of other bands. They sound so much like everything else I hear on commercial radio. I just don’t see the point.

Kind of fun pop that is reminiscent of both the 60s and the 80s. I didn’t hate this one, just didn’t really like it.

Reminds me of prince. Kind of funky ‘ee-ah’ vocalizations.

While I can appreciate the talent, it’s not something that I enjoy listening to. It’s just me, really. S/he’s good.

Egads. I guess it’s cabaret, but the voice is grating. I thought seeing a video might make it all make sense to me so I looked at a video on YouTube. Nope, didn’t help.

It’s very bluesy and her voice is annoying where before it was really nice. I just can’t appreciate it. It sounds too angry.

I was expecting lush layered ambient sound given the name of the band and the artwork. It’s boy rock. Can’t really get into it.

I am way too much of a jaded music snob to like this. It’s very radio, very mainstreamy, a little emo, and with very affected vocals and some semi-trite lyrics. But dammit, I do find myself tapping my foot and generally enjoying the record. But don’t tell anyone. I will lose all my indie cred…if I ever had any.

So there you have it. My year end round up of music that either didn’t move me, or moved me to irritation…or about which it was just hard to write more than a sentence or two.
There were a lot of good releases this year, and I’m working on my best of list as well. I will be posting that soon, I hope. 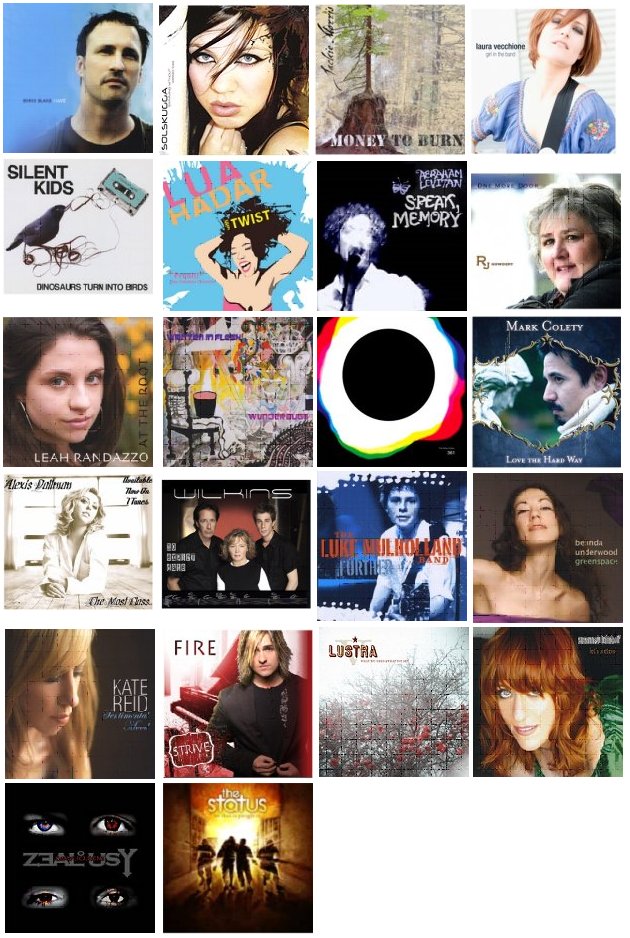