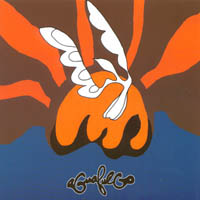 I don’t know what I was expecting when I put this one in, but this wasn’t it. Aguafuego is headed by JBeatz (aka Julie B. Moreno) and accompanied by many talented musicians, too many to name here.

The sound is an mixture of jazz, world (Latin, mostly), and hip-hop. JBeatz’ voice at times recalls Sade. The music is sometimes beautiful, sometimes a bit harsh (lyrically).

The CD starts out with the gorgeous, No Tengo Razon (“I am not right”, in English–see correction in the comment section). JBeatz’ voice is accompanied by bass, flute and more.

“Troubled Child” is a hip-hop tune with rap vocals as well as JBeatz smooth sounds flowing over the top. This one’s got a lot of style.

“Guardians of the Land” shows off her flute playing as well as Aguafuego’s knack for reggae/rock.

“Amenesco” and “Woman Stand Strong” might be my favorite tracks here as they both have great melodies line that will stick with you…and the latter has a nice piano line.

“Pledge” is a bit of an Anti-America song that will probably irritate those who are feeling “pro-America” and will be an anthem to those who aren’t. They refer to the USA as “the evil of the united snakes of America” There are sound bites from George W. Bush and others. Powerful song indeed. Plus the musical sounds behind it are quite intriguing.

This is a remarkable CD, again, it’s one of those that has something for everyone.

Aguafuego are beyond any genre. Check this out! Maybe it’s just me but there’s a bit of prog rock in there, too! Fantastic.
~Andy Dyson