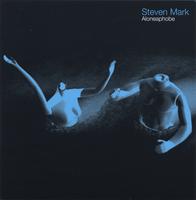 Steven Mark has a really nice sound. It’s somewhere between Matthew Sweet, The Carpenters, The Birds and the Monkees. Throw a little Wilco in there and I think you get the idea.

I’d call this pop more than rock just because it’s got a more accessible feel and isn’t hard at all. Lots of use of harmonies and unison singing. Mark has a lovely casual sounding voice.

Opening song, “Window In The Dark” reminds me of “Don’t Fear Reefer” Blue Oyster Cult. (if anyone says, “More Cowbell” I swear…)

This is a great easygoing pop recording and if you like any of the above artists, you’ll probably enjoy Steven Mark as well.