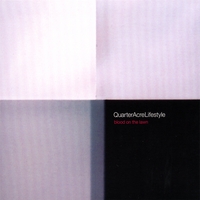 With all the folk stuff I’ve heard recently, this is a drastic change for my ears. In a good way. It is kind of hard rock with a bit of techno added. It’s got plenty of driving beats, and repetitive melody lines. Much of it is instrumental.

Their CDBaby page says they’re from New Zealand but released their 2006 album in Minneapolis, MN. Weird that I’ve never heard of them, since that’s where I live! I’m afraid that says more about me than it does about them. I know much more about international music than I do the local stuff.

Yeah Nah has vocals, done by Kristin Brown. Very nice enhancement to the music. This is a pretty cool song.

Walk On almost has a Prince feel. Maybe they picked this up while in Minneapolis.

It’s good for a club or a party, probably not something I would listen to with great frequency. But it’s kind of funky cool. It’s certainly mood music and would fit the right mood nicely.