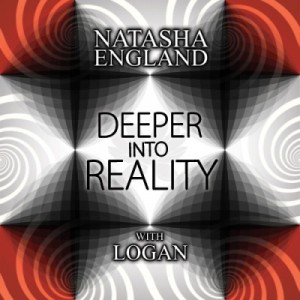 Alanis Morissete blindsided by the dark undertones of PJ. Harvey, is the initial impression given off by Natasha England, Darkside. Mood implanting backing digitalism takes on a low-key and mildly harrowing stance, sitting off England’s delivery of her troubled by love lyrics.

Only two tracks into this explorative electronic album and England ably assisted by the adept production of Logan, switches the tempo by adding a soulful glide and some muffled vocal distortion. Imparting shades of grey to an otherwise black and white tale of love’s ability to set you free, Come. The album then slows down and a vocal strain instils heart and longing, Strange.

A creeping, fuller bodied, yet lower key electronic steer creeps into Stop Doing Nothing, to add a more thoughtful and reflective vein to this moody full-length. England has an ability to impart her own mood into a song, almost independent from the instrumental, but still she manages to keep the songs even. This aids her ability to switch from pop to straight out electro without it appearing too laboured.

How Do You Like It? , is a rustling slow electro tilted, political nettle grasping epic, showing that electro can be slowed down to chilling effect in order to communicate your bemusement:

There’s a young boy lying by the side of the road, an old man dying alone and cold.

A family starving on the other side: a world of corruption nothing but lies.

The Passion, ups the tempo and a jungle bound is kicked into the percussion and electro slant, as the vocals take on a more distanced stance to filter in a more ambient lag. It makes the song harrowing, yet compelling and the mood ranging really starts to take effect as the album heads towards its conclusion. England and Logan show that an electro album can contain mood building epics without them feeling too forced or fake.