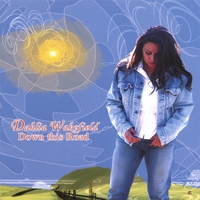 I reviewed Dahlia Wakefield’s previous CD, Close to Home in 2004 but I don’t remember it being this rockin’.

While her previous album was more pop, this album has some tracks that fit squarely in the rock category. Though there’s nothing square about it.

Some of the songs are actually a little more rock than I tend to like. But she’s very good. (Note: after listening to this again and again, I find it’s not as rock as I first felt)

The songs are well written especially lyrically. Quite clever.

Dahlia’s voice handles all of the material well. It’s a good fit whether she’s singing one of the poppier songs or rockin out.

She also covers the old Nik Kershaw 80s hit, Wouldn’t it Be Good (anyone else have the Pretty In Pink soundtrack?). I like her version. It’s a little more stripped down, but it’s cool.

Other songs I liked are Down This Road and Are You Listening?

Cool record for those who like their pop with great vocals and a little bit of an edge.